Place Of Inspiration
Home Node JS vs React: The Showdown

Node JS vs React: The Showdown

Ever wondered what’s the difference between Nodejs & React? Drawing the analogy between the two, however, begs the question. It’s like comparing bicycles and motorcycles. While the two do sound to share some similarities, they serve different purposes, each of them having specific weight, and speeds attainable.

The same goes for React and Node.js. In this article, we’ll round up some important parameters to end the debate and help you choose the right technology for your next project.

Node.js is a technology to build the back-end of applications with JavaScript. This framework is powered by Google Chrome’s V8 engine. Developers use Nodejs to write server-side code for dynamic web pages and web applications, as well as for command-line programs.

The platform implements the “JavaScript for everything” paradigm. Thus, it uses a single programming language to develop web applications instead of using different languages to work on the frontend and backend.

What’s so special about Node.js?

One of the most important advantages of the platform is the asynchronous approach combined with the event-driven approach. This solution simplifies the programming of interactive applications,

i.e., those based on input/output operations. These can include online chats or game applications, colorful interactive web services or all kinds of calculators, ratings, voting, etc.

In addition, the main features of Node.js include:

Since the initial release of Node.js in 2009, this environment has obviously made a dent in the market. Due to the long list of benefits it provides, more than 5 thousand companies use this platform to increase developer productivity and application performance.

As of 2021, the service record of Node.js features such giants as Atlassian, Delivery Hero, LinkedIn, PayPal, Nextdoor, eBay, Qualtrics, Slack, and others. Let’s have a closer look at some of the use cases.

PayPal is the largest online financial service that allows you to pay for goods, bills, and services, sending money transfers in 24 national currencies. Currently, this ecommerce company has 361 million active accounts.

Although Node.js was not the staple technology for Paypal from the very beginning, they switched to this environment to bridge the gap between the browser and the server.

As their official account says, their primary issue was the segmented teams. Back in the days, developers had to code separately for browser and server applications. Also, the switch allowed the company to double the number of requests and decrease the number of code lines and files.

Node.js rules the roost for this social network as well. Although lots of users consider LinkedIn greybeard, it is still the most popular professional-focused social network.

This tweak made the application 2 to 10 times faster on the user side while using a fraction of the resources.

Also, the LinkedIn team got united in a single unit, instead of being divided into the front-end and back-end mobile teams.

eBay is a world-known marketplace and a multibillion-dollar business that offers C2C and B2C internet sales services. Currently, the platform boasts 85 million active buyers worldwide and operates in 37 countries.

According to the company’s tech blog, eBay mostly operates on a Java-based tech stack. Therefore, the inner workings of the marketplace center around Java and the JVM.

This made Node.js a no-brainer choice to maintain live connections with the server and manage a huge number of eBay-specific services.

React.js is an open-source front-end library to develop UIs for websites and web apps. This JavaScript library has seen the light of the day thanks to Facebook in 2013.

The main difference between React and Node.js is that the former is used only for building the front-end of applications.

What’s so special about React.js?

The major differentiators of React.js include:

The proof for React.js popularity is best described by the high-flying enterprises that are actively using this framework. Thus, according to Stackshare, more than 9500 companies reportedly use React in their tech stacks, including Uber, Airbnb, Instagram, Netflix, and Facebook to strengthen customer satisfaction and maintain their brand equity.

Let’s dwell on some of these use cases below.

This tech giant has given birth to this library. Therefore, it’s just logical to be the one who’s making the best use of it. The company’s codebase comprises over 20,000 components, with React leading the pack.

This technology is being heavily used not only on the Facebook site but the web versions of Instagram and WhatsApp. Also, Facebook has released a beta of its completely rewritten ReactJS, under the name of React Fiber.

Amazon is a vast Internet-based enterprise that has a huge market capitalization and millions of customers. This widely-known retailer has also implemented the JS-powered library to build the front-end.

So React.js is the answer to their convenience and a beautifully designed application.

Both technologies have made it into the thousand technological stacks, being high-performant subsets of JavaScripts. Yet, the two are completely different from a technical standpoint.

Although we often bump into the Node.js vs Angular comparison tables, it’s time to make the best choice in terms of the “React.js vs Node.js” juxtaposition.

The success of a project relies heavily on the decision every app owner takes in choosing the ideal framework. A simple thumb rule that you should base your decisions on is that if you need to create the back-end, you should choose the Node.js framework. On the other hand, React.js is the right call when it comes to building a front-end for your project with evolving states.

Also, you can use the unbeatable combination of both to develop the server-side and user-side of a full-fledged application. 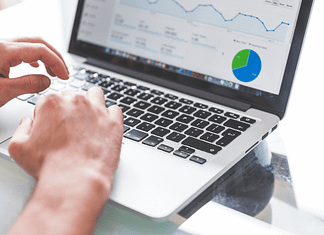 How Is Digital Marketing Changing The Chiropractor Industry?

Abdullah Al Mahamud - May 5, 2021
0
Today, every other industry is using digital marketing to take their business to another level. It is a valuable asset to any...