A s a mobile app developer, you know just how important it is to follow the guidelines laid down by the app stores. So, when we tell you about app guidelines that you should break, you may turn around and ask us if we’re making any sense. Turns out, we just might be.

The world today survives on multiple cross-platform Android devices. Our daily activities revolve around the simultaneous use of computers, smartphones and tablets. Android app developers will always look for ways to make their products compatible with all the platforms giving users a satisfactory experience. Each of these platforms has their own regulations, interface, and functionalities. 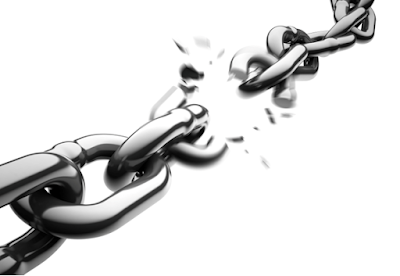 It is essential to know the Google Android Developer Guideline to make good quality apps. But at some points, the guidelines break the logic of common sense and usability. At such point, an Android app development company works out its innovation and creates their own unique exceptions without disregarding the rules completely. In this article, we will present 4 cases where breaking the Android guideline helps you achieve better user experience and profit.

1.The app icon in the Action Bar

The Action bar contains the main controls and remains at the top of each screen throughout the app. It is a useful feature if you have just launched an app or your logo looks similar to any same category apps. But many successful Android apps divert from this guideline.
The app icon is needed for users to draw visual context between the brand and the user interface. Apps which make the exception have already established their identification through strong visual branding. Their UI is also unique enough for users to operate without the need of the app icon.
Disabling the logo offers other benefits like utilization of the screen space for centralized information and navigation controls. For example, Whatsapp uses the action bar for navigation options and sharing. But Google abides by their own guidelines and puts their logo on the action bar of Gmail app.

The most important function of icons is to communicate meaning in a graphical user interface. If an icon is not clearly understood by users, then its objective fails, and it ends up being an eye candy. The Google Guidelines give an example of unlabeled icons in the action bar.

This works only when the icons are readily recognized by users. It stands true for industry giants like Google, but may prove disadvantageous for a new or less known android app development company.

To prevent this icon ambiguity, you should put a text label to communicate the meaning in the particular context. It is also better to use text label even if you are using a slightly modified version of a standard icon. The text labels should always be visible throughout the app.

A simple one-word text will eliminate confusion regarding navigation icons without increasing the user interaction cost.

3.The design of navigation drawer

Many android app developers prefer the use of left-hand side navigation drawer to list multiple categories and important actions. But users can get frustrated if you put too much on it. The successful apps are more centralized and focus on using just 3 to 5 options to achieve the task of navigation.

You should take the time to consider whether your app really needs the side drawer to scroll the options vertically.

Another general designing trend is placing the navigation drawer on the left side. Since 90% of the population is right handed, you may choose to put it on the right side of the screen just like Facebook. As the number of options increase, it gets easier to access them as they are placed closer to the thumb.

Android provides many tools and programs that you can use in your app. But it does not make any sense just to use a feature because it is there. Any addition you make to your app should be meaningful and aimed towards increasing its functionality.
It is better to steer clear from using complicated actions like long touch, nested menus or using multiple panes. Design options like multiple panes do not present a better result as it makes the interface jumbled and visually confusing.

Design patterns which follow the ‘mystery meat navigation’ symptom are sure to make your app a failure. Users will find navigation difficult when there are more panes than the screen can accommodate.

It is better to have clear cut links directing users to the information they want. If your app has too many categories, consider reducing them or using a navigation drawer.

Ritesh Patil is the co-founder of Mobisoft Infotech that helps startups and enterprises in mobile technology. He loves technology, especially mobile technology. He’s an avid blogger and writes on mobile application. He works in a leading android app development company with skilled android app developers that has developed innovative mobile applications across various fields such as Finance, Insurance, Health, Entertainment, Productivity, Social Causes, Education and many more and has bagged numerous awards for the same.

Some Outstanding and Exciting Reasons to Become an Android Developer

Abdullah Al Mahamud - January 20, 2020
0
I spent hundreds of hours experimenting best home theater projector under 500 to decide the best home projector get for you.

ABOUT US
Abdullah Al Mahamud is a programmer and founder of Thedevline an Inspiration blog since 2014. live in Bangladesh. He is passionate about Technology and Design. He works on the freelancing marketplace as a freelancer and has also written for Useful Article in this blog
Contact us: info[at]thedevline.com
FOLLOW US
© 2013 - 2020 Thedevline.com All Right Reserve.
We use cookies to ensure that we give you the best experience on our website. If you continue to use this site we will assume that you are happy with it.Ok