In such a technology-driven market, most of us enjoy reading, shopping, exercising and doing a lot more other activities at our convenience. All these activities are now available on the go only because of the wide variety of applications accessible on our smartphones.

In order to aid developers like you in choosing which interface to go for, VeztekUSA Los Angeles has compiled a detailed analysis of native apps as well as hybrid apps:

Native apps – these are apps designed to specifically operate on a certain mobile platform. For instance, if you wish design a native app for the iOS, the app will be developed using the development tools and language specific to the platform.

This is the most ideal app development interface as it is often regarded as the most basic form of building apps.

These type of apps use an integrated development environment (IDE) which enables them to provide tools for project management, debugging, and a variety of required professional app development tools that are usually needed by developers these days.

1.Documentation – reading books and documents, blogposts, detailed threads online will never be easier unless an app is built in its native language. Native apps provide an endless library of easy-to-view documentation.
2.Built in components – native functions within a mobile phone such as its camera, gps tracker, contacts book etc. can be unified together with the mobile app being built if it is native to the operating system
3.Multi-touch feature – the most basic compound UI gestures such as pinch-spread and double taps are all available in a native app.
4.User-friendliness – people are used to a native and familiar platform. Generally, people tend to associate the user-friendly feature with native apps because they offer all the basic functions that users expect an app to have.
5.Fast graphics and fluid animations – native apps offer a smooth interface for apps that involve a great deal of graphics. They also offer the ability to run fluid animations to support the fast graphics specially in gaming apps, whilst transferring videos or photos and for apps that have highly complex computational algorithms.
However, all good things come with a certain level of difficulty and so does a native app. Building these apps is technically and comparatively more complex. Also, a highly experienced person is required for developing a native app.
On the plus side, native apps cover all those generic yet significant performance features that end-users expect an app to have.
Hybrid apps – these web apps are built to be operational on multiple platforms such as HTML5, CSS and JavaScript in a thin native browser, for instance, iOS uses the UIWebView and Andrioid uses WebView.
These apps are developed using JavaScript, CSS or HTML and then, with the use of platforms such as Cordova, the app is embedded with a native software development kit (SDK).
Mobile app developers that require the app to quickly be penetrated into the market with a limited budget of resources, hybrid app is the best approach to use. Hybrid apps can be launched on a variety of different platforms on a fast pace.

1.Easy to develop – hybrid apps are generally more easy to develop and do not require extensive technical know-how as with native apps.
2.Re-usable code base – these apps are available and able to run on multiple platforms because of this fact that their code base is re-usable in multiple platforms unlike native apps that are designed to run on only a specific platform.
3.Cost effective – the development cost of hybrid apps is much more reasonable that native apps since these apps leverage premium quality and also provide the tools required to cut down on development time.
4.Auto and frequent update service – If you require your user to update the app frequently and developing these updates is not an issue for you, then go for hybrid mobile app development.
5.Easy to maintain- web app technology is generally easier to maintain than native apps. Hybrid apps are easily maintainable as long as the right framework has been deployed to develop these apps.
Again, with the rewarding benefits that hybrid apps have to offer, come a few challenges that developers often face while using this interface.
Hybrid apps provide little or almost no access to native features. This thereby, limits the creative user experience offered by such apps because of the non-availability of updated tools and frameworks at all times.
Keeping the above mentioned pointers in mind will aid not only the mobile app development Log Angeles division in making the right choice but, will hopefully stand in good stand for all mobile app developers out there in the market.

Sani is Managing Director of VeztekUSA a well known Web and Mobile App Development Company based in Los Angeles, California. He has extensive experience in building and leading innovative and collaborative software development teams to deliver major software applications. He always stay  up to date with latest trends in Mobile App Development and loves contributing on different technology Blog. Follow him on twitter @VezTekUSA 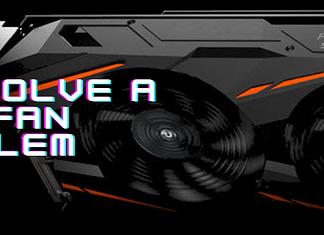 How to solve a GPU fan Problem if it is not...

Abdullah Al Mahamud - February 28, 2021
0
How to solve a GPU fan problem? It is a very common question asked by many computer users that are suffering from overheating...